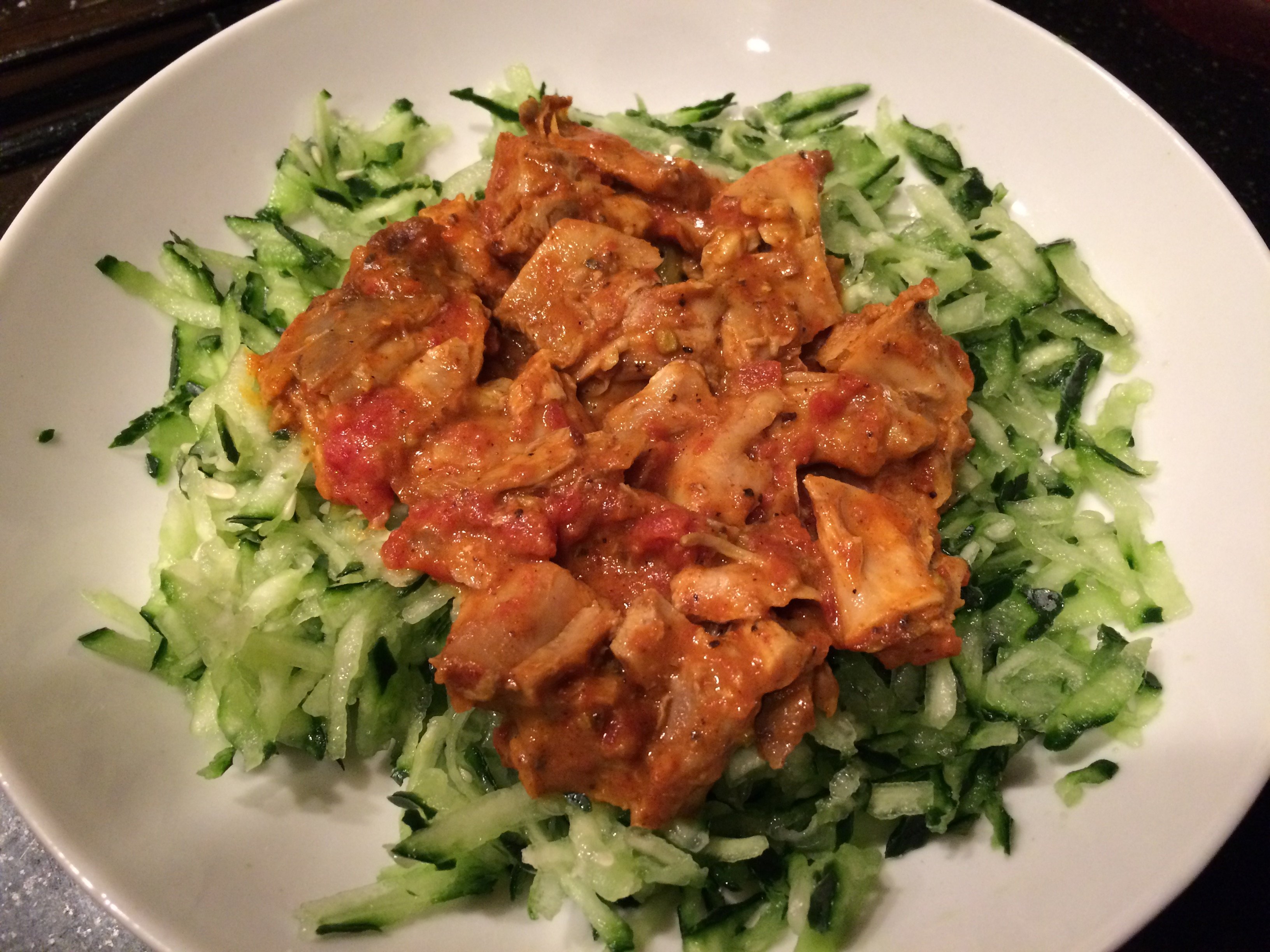 Super easy, super delicious AND won't heat up the kitchen on those hot summer days.  Indian spices are healthy and are a perfect counterpoint to the cool bed of cucumber.  Yum!

This recipe is modified for Kennedy Ranch chicken from a recipe from Urvashi Pitre that appeared in The New Yorker magazine.  It's Whole 30 friendly if you substitute coconut milk for the cream.

1. In the inner cooking pot of the Instant Pot, add the tomatoes, garlic, ginger, turmeric, cayenne, paprika, one teaspoon of garam masala, cumin, and salt. Mix thoroughly, then place the chicken pieces on top of the sauce.

2. Lock the lid into place. Select Manual or Pressure Cook, and adjust the pressure to High. Cook for ten minutes.

3. When the cooking is complete, let the pressure release naturally. Unlock the lid. Carefully remove the chicken and set it aside.

4. Using an immersion blender in the pot, blend together all the ingredients into a smooth sauce. Let the sauce cool for several minutes.

5. Add the cream, remaining teaspoon of garam masala, and cilantro. Stir until well incorporated. The sauce should be thick enough to coat the back of a spoon when you’re done.

6. Remove half of the sauce and freeze it for later, or refrigerate for as long as three days.

7. Add the chicken back to the sauce. Preheat the Instant Pot by selecting Sauté and adjust to Less for low heat. Let the chicken heat through. Break it up into smaller pieces, if you like, but don’t shred it.

Note:  if you don't have pre-mixed Garam Masala in your cupboard, it's easy enough to make your own.  Here is the recipe I use:

1. Lightly roast each spice in a small pan until they get hot, about a minute. Stir frequently. Make sure not to burn them by roasting them too long. The goal is to make them a bit toasty so they are easy to grind.

2. Cool spices and then grind fine in a coffee or spice grinder. Store in an airtight container away from direct sunlight.